By
Tash Doherty
Updated or Published On
January 16, 2022 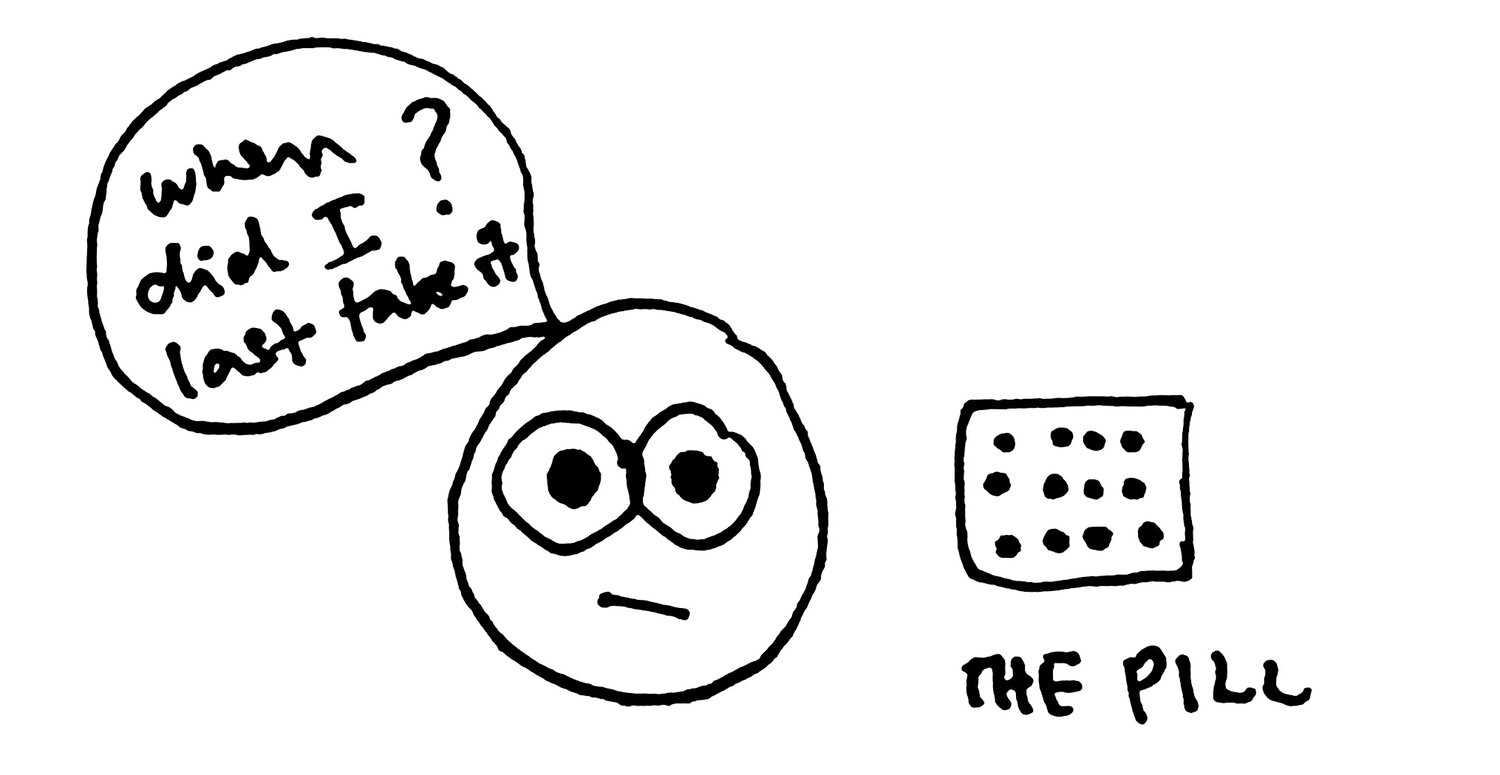 My body has changed a lot since I was 15 years old. When I started taking the pill at that time, I became acutely aware of how my body was changing. I gained some weight. I stopped wanting to have sex. I felt a bit depressed. After the first few months, it started to bother me. Were these side effects of the pill 🥺 ?

I stopped taking the pill a couple years later. Guess what happened? Most of these changes stuck around! It turns out that the changes I was experiencing were not the pill’s fault at all (1) (2). Gaining weight, not wanting to have sex and being moody are just a glorious, natural part of growing up and becoming ~ a woman ~ 🌞 . Still, if I had known the science at the time, I would have understood what was happening to my body and why. This is what I wanted to share with you.

Was it the pill, or my body changing?

The science says: “The most common reason for weight gain in adults is simply age—as adults age, their metabolism changes and weight increases if no changes to diet or exercise are made” (3). Overall, people do not experience more weight gain with the pill than they normally would (4) (5) (6).

Real explanation: At age 15, my body was developing boobs and a butt (which I’m now very grateful for). I did exercise in high school, but my diet was terrible. I was eating pizza, tons of bread and butter, candy, you name it.

Now I know: As a woman, my weight fluctuates. If I eat pizza every day, I get fat. It’s as simple as that. My diet was causing my weight gain, not the pill. Eat healthier, kids 🥗 .

I stopped wanting to have sex

The science says: “Sexual desire and libido are not linear processes and can be influenced by a variety of internal and external factors” (7). Studies have failed to find a link between sex drive and using the pill (8) (9) (10).

Real explanation: I was ending my relationship with my crazy boyfriend. I was becoming less attracted to him and did not want have sex with him anymore.

Now I know: My sex drive fluctuates naturally. After I stopped taking the pill, I didn’t have sex for almost a year until I decided I wanted to again. Some months I’m up for it, some months I’m not 🤷🏽‍♀️.

I had mood swings and sometimes felt depressed

Real explanation: I was very emotional during my teenage years, and some sad things happened to me. My grandfathers died. My crazy boyfriend and I fought a lot and then broke up. I cried for no reason all the time. This is the joy of going through puberty 🍑 .

Now I know: My mood swings have improved a lot in my early 20s, but I still get them with my period to this day. I’m not supposed to feel 100% happy all the time, and my period is here to make sure of that. Going for a run usually helps me feel better. Still, depressing things happen to us in life. Feeling sad about them is human.

Real explanation: This did actually happen 😂 .

Now I know: Once I stopped the pill, my acne came back again. It’s hormonal acne, the kind you get every month, and can last for years. Accutane eventually came to my rescue.

Here are some tips to help you understand your body:

-       If you can, use a period tracking app for a couple of months before you start the pill e.g. Clue, Flo, even your Apple Watch. Track when your mood changes and what PMS symptoms you get, as you’ll get these when you’re on the pill too.

-       Put your mood in context with other events in your life. Is your best friend moving away? Did you have a stressful day at work? Stressful and depressing events are part of life. Be compassionate towards yourself, and if you need inspiration, watch Kristin Neff’s Ted Talk on Self Compassion. I love her.

-       Stick to the facts. People will try to blame side effects on your beloved birth control. If you listen to the haters, you can actually experience worse side effects because of the nocebo effect (16) (17), the opposite of the placebo effect. Now you know the truth.

In my experience, most of the changes that I could have interpreted as side effects of the pill were normal bodily changes that I had control over. Eating healthily and doing exercise is what affects our weight and our mood, not the pill. In spite of all this, about 30% of people who start taking the pill stop within a year, and the most common reason is because of side effects (18). This puts a lot of people at risk of unplanned pregnancies, which we prevent by taking birth control correctly and consistently. Ultimately, I stopped taking the pill because I ran out and broke up with my crazy boyfriend. But if I had known the science, I could have taken responsibility for my health and happiness during that time, when I was going through puberty was crazy and I had no idea why my body was changing ⏇.

The Car That Mortified Me